A Collection of the Top Marketing Campaigns in 2019

A Collection of the Top Marketing Campaigns in 2019
Previous Next

A Collection of the Top Marketing Campaigns in 2019

Companies and brands have been seeking ways to get more creative and connect with consumers on different levels as the number of those who distrust advertising and media continues to climb. 2019 proved to be full of creative, effective, and emotionally appealing campaigns. Here’s a roundup of some of the best campaigns of the past year! We’re looking forward to what 2020 has in store for the marketing world.

Gillette’s “the best men can be” campaign

The ever popular razor and personal care product brand launched a campaign that faced a fair amount of praise in addition to a lot of backlash. The almost 2 minute video had a lot of people talking. The video features glimpses of toxic masculinity by showing boys getting bullied and men objectifying women. The question posed is, “Is this the best a man can get?” The end of the clip shows men confronting these toxic behaviors and standing up for what is right. Many were moved to tears by the emotional ad, and it wasn’t long before #gillettead was trending on social media. While consumers criticized and threatened to boycott the company, Gillette reported a stronger than expected growth following the campaign. The moral of the story is, whether you liked it or not, this ad provoked a strong emotional response from its audience, making it one of the most talked-about campaigns of 2019. And if people are talking, they’re building brand awareness. 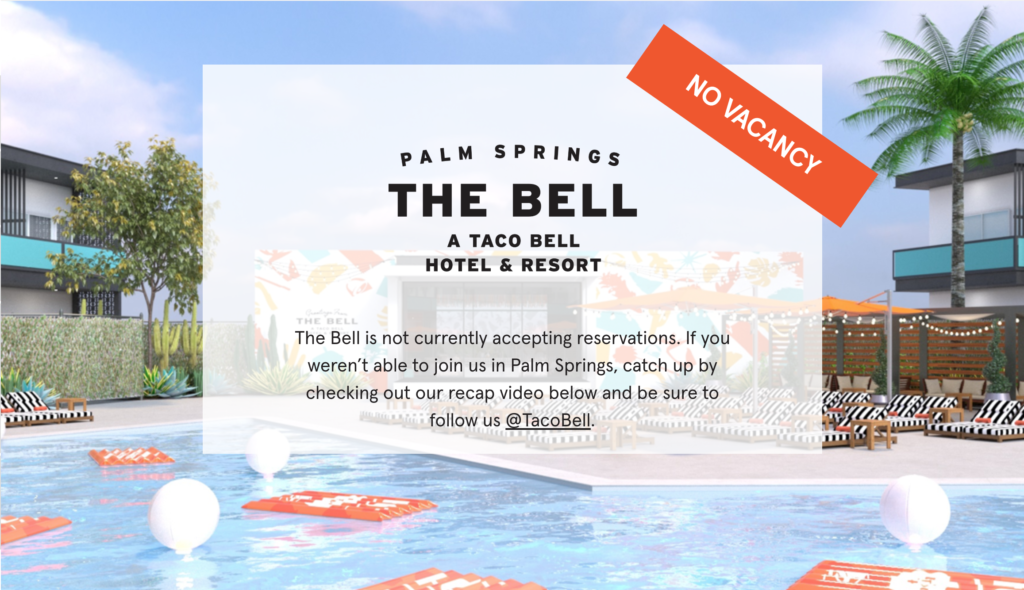 Taco Bell knows their customers are loyal and proved just that when they launched “The Bell: A Taco Bell Hotel and Resort”. Accommodations at this “luxury resort” sold out in just 2 minutes. After all, If people can get married at Taco Bell, what would stop them from honeymooning there? The brand’s pop up in Palm Springs, California, was only open from August 8-12th, but it proved to be an extremely popular destination for taco lovers everywhere. It featured sauce packet pool floaties, dishes from the Test Kitchen, decked out bedrooms, and a variety of activities which made this resort both Instagram worthy and one that lovers of the Bell couldn’t pass up. Over the span of 4 days, 400 people booked and stayed at the resort. The campaign resulted in 4.4 billion impressions online and over 5,000 news articles. In short, Taco Bell knows what they are doing with “nacho” average ad campaigns.  I’ll take one room with a pool view and extra mild sauce.

From beef to chicken, the food industry definitely knew what they were doing in 2019. Starting with a snarky tweet, Popeyes responded to fast food competitor, Chick-fil-A, claiming that their chicken sandwich was, indeed, the original. The result? 86,000 retweets. In October, Popeyes brought back the chicken sandwich and tried a different marketing approach. They shied away from TV ads and focused heavily on digital and social media advertising, a risky and abnormal strategy for this brand. But in the end, the risk paid off when Popeyes began running out of chicken sandwiches and social media went crazy with taste tests and chicken sandwich comparisons. 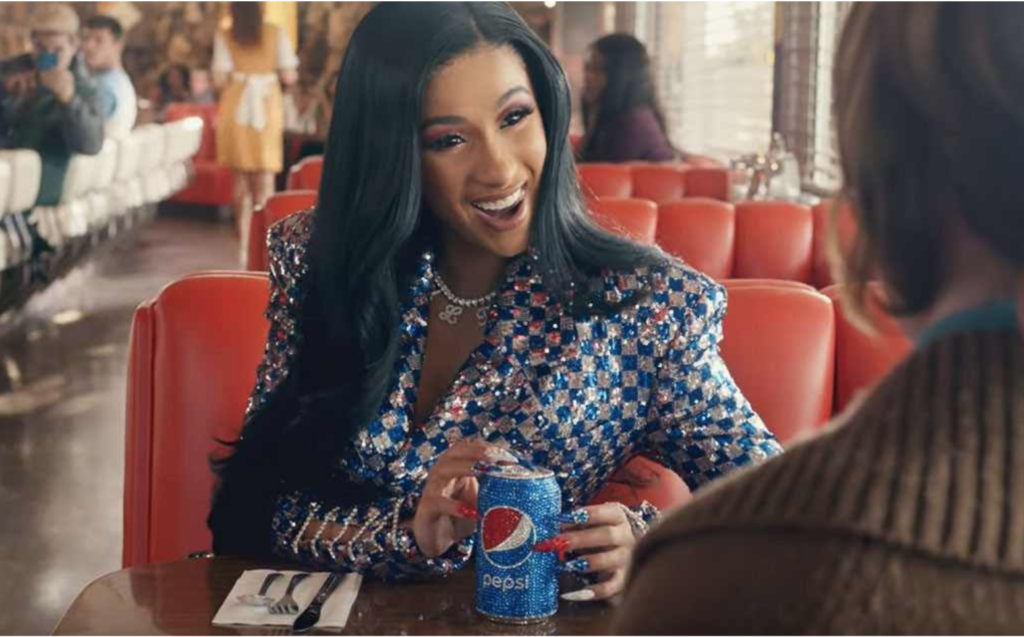 Pepsi chose to use a strategy full of both humor and celebrity influencers in their popular Superbowl ad “Is Pepsi ok?” Rappers Cardi B and Lil John, along with comedian Steve Carrell, starred in the comical commercial that addresses a real-world incident that’s followed Pepsi for decades: when patrons sit down at a restaurant and request Coke products, and the wait staff responds with “is Pepsi ok?” Alongside the commercial, paid social media tweets went out from other celebrities and had #Pepsimorethanok trending. In addition, consumers could also enter the sweepstakes by using the hashtag #Pepsisweepstakesok during the game.

Many brands are incorporating user generated content into their marketing strategies which results in increased authenticity and credibility. CVS did just that with their #beautyunaltered campaign. CVS announced it’s beauty mark initiative in January of 2018. The goal was to educate consumers on the effects of digitally altered images, as well as to help their brand to  become more transparent in terms of beauty. In January 2019, CVS launched an event in Times Square where the brand celebrated other partners who got on board with the initiative and also revealed its new aisles. In addition, CVS showcased images free of digital enhancements or social filters.

On May 22nd, Kylie Jenner and Admoni launched the largest ever out-of-home campaign to release Jenner’s newest skin care line, Kylie Skin. The ads ran shortly before the product launch on kylieskin.com. Over 1,100 cities were reached on over 6,000 digital platforms. Jenner heavily promoted her new product on social media and was excited to connect with her fans in a different way. Multiple pieces of creative artwork were showcased throughout the campaign.

Nabisco debuted Game of Thrones Oreo cookies just 4 days prior to the final episode of Game of Thrones. We first heard of the launch back in February, but consumers were left questioning if it was legit. Much to their delight, it was. The limited edition cookies created quite the buzz on social media and led to the cookies being sold out in record time. Oreo also recreated scenes from the popular show using only Oreo cookies. The 50 second video was also clipped for a 15 second TV ad. While many other brands sought out association with the show’s finale, it was reported that Oreo saw the highest jump in positive interactions.

Hopefully some of these popular 2019 campaigns will inspire you to take your marketing to the next level in the year 2020. And if you need more advertising inspiration, be sure to check out our post of the most popular campaigns of 2018! We’re excited to see what the coming year has in store for digital advertising!

We have been working with Wilbur and his team for the past 6 years, and I can truly say they bust their butts and go out of their way to help us everyday. Not a message goes unanswered, and they constantly are communicating with us about new ideas on strategy

Google is constantly improving their algorithm, and keeping up to…

Read More
A Collection of the Top Marketing Campaigns in 2019

Companies and brands have been seeking ways to get more…